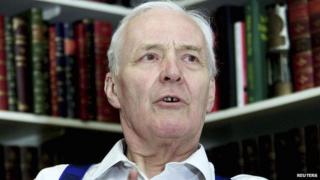 Prime Minister David Cameron and Labour Party leader Ed Miliband are amongst the people who've paid tribute to him today.

Who was Tony Benn?

Tony Benn was a well known politician, becoming an MP for the Labour Party in 1950.

The Prime Minster David Cameron said, "He was an extraordinary man, a great writer, a brilliant speaker, extraordinary in Parliament and a great life of public, political and Parliamentary service,"

"I disagreed with most of what he said but he was always engaging and interesting."

Tony Benn was 25 when he first entered Parliament.

After a lot of struggle, he was able to lose the title he'd inherited - so he could become an MP again. 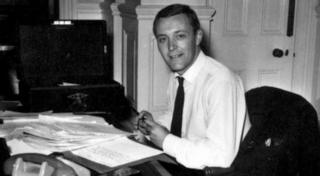 He was a popular public speaker, writer of diaries, and anti-war campaigner.

His views weren't liked by all - he wasn't keen on Britain having close connections with other European nations or its military involvement in the Falkland Islands, Iraq and Afghanistan.

He said, "What stood out about Tony Benn was on the big issues he never changed his mind. Whilst many in his party, Labour, watered down some of their views in the hope that would help them win an election, Mr Benn refused."

"He even said that Tony Blair, Labour's most successful ever leader when it came to winning elections, was the worst leader the party ever had."