Another silver for GB's Etherington 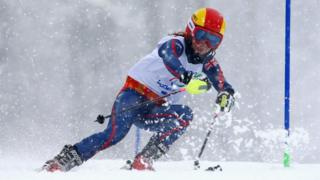 The skiing superstar has already won one silver, and one bronze at the Paralympic Winter Games.

Along with Kelly Gallagher's gold, it takes Team GB's medal count up to an impressive four.

Jade could also win a medal in the super combined skiing which takes place on Friday!