How are national flags designed? 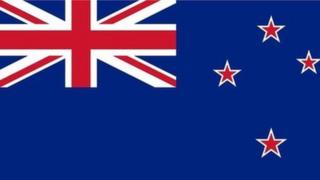 New Zealand could have a new flag after the Prime Minister announced a public vote on whether to change its design.

Currently the flag features the Union flag - the UK's flag - but John Key, New Zealand's Prime Minister, thinks it should be removed.

He says it represents a time when the country was controlled by the UK, as part of the British Empire.

The stars on the flag represent the four brightest of the Southern Cross, a constellation, as it would be seen if you were looking into the night sky from New Zealand.

A new flag for New Zealand? 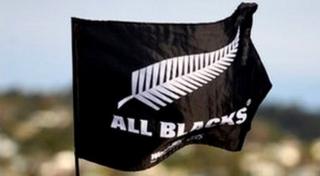 It has been suggested a design for the new flag could feature the New Zealand fern, used by the national rugby team.

The fern is a very important historical symbol at it represents the original tribal people of New Zealand - the Māori.

How is a national flag designed?

A vexillologist is someone who designs flags.

A vexillographer is someone who studies flags and what their shapes, patterns, colours and images mean.

Malcolm Farrow, President of the Flag Institute, thinks that flags play a bit part in a country's identity.

"A national flag is extremely important. It identifies a people and tells the story of a whole nation in one small rectangle," he says.

"In a multicultural society of different religions, backgrounds and languages it's the one thing that gives everyone a sense of identity and belonging in that country. It's the one thing a nation can unite under."

Often, the different colours, shapes and symbols on a flag aren't just because they look nice - they represent something.

Take for example one of the most famous and iconic flags in the world. The flag of the United States.

The history of the American flag 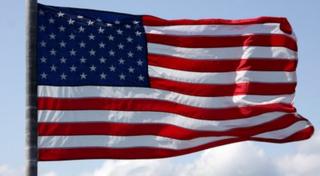 It is famous for the 'stars and stripes' - but each part represents something.

The flag has thirteen horizontal red and white stripes to represent the 13 original colonies that were formed when people first came to America.

The stars represent the 50 states that make up the United States of America. 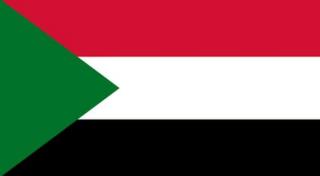 Public domain
This is the flag of Sudan

After civil war in Sudan the country split into two.

In 2011, the Republic of South Sudan was formed.

South Sudan as a new country needed a new flag.

The new flag of South Sudan 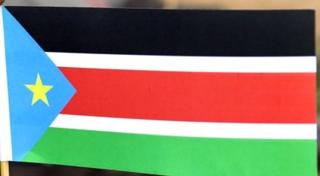 This flag is similar to the old Sudanese flag but the colours here represent a new country after conflict.

The star represents the unity of states making up Sudan.

The challenge of designing a flag

Malcolm Farrow, President of the Flag Institute, thinks designing a flag needs a lot of thought.

He says, "Designing a great flag is very difficult, as you are trying to squeeze a whole nation into a small box."

"A great flag has a bold, simple design to grab people's attention. It should have no words and a maximum of four strong contrasting colours. It shouldn't be fashionable and it must be distinctive from other flags."