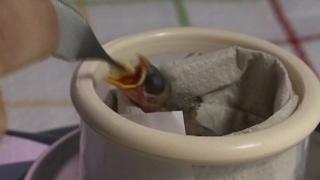 Scientists work to save finches

Scientists are working to save the mangrove finch from extinction on the Galapagos islands.

They say the population has now dropped to between 60 and 80 birds, making them an endangered species.

The birds are under attack from rats as well as from parasites introduced by flies.

To try and boost numbers, scientists are now raising and breeding chicks in captivity.

The chicks are being fed a meal that includes wasp larva, scrambled eggs, papaya and wax worms. 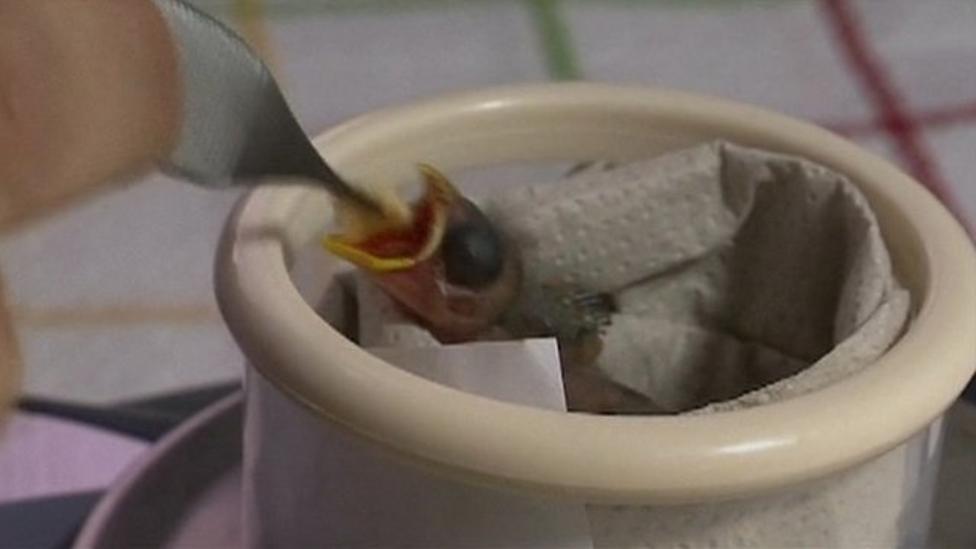 Scientists work to save finches