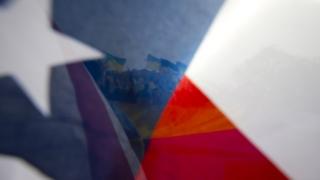 US President Barack Obama has been discussing the crisis in Ukraine with Russia's President Vladimir Putin.

President Obama said he had been trying to come up with ways to resolve the conflict that don't involve force.

The pair spoke on the phone for over an hour.

Following the talks a statement was published on the Russian government website explaining why it felt it had to act. 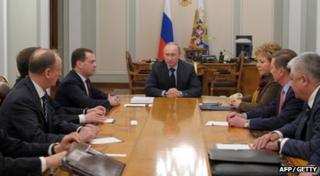 Vladimir Putin said the newly formed Ukraine government was the result of an "anti-constitutional coup'" and said Russia was "unable to ignore" requests for protection from Ukraine's Russia-leaning east and south.

Putin stressed the importance of Russian-American relations, and said he hoped they would not become "a victim of disagreement" on certain issues. 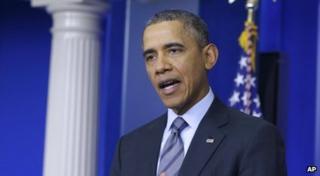 According to a White House statement, Obama demanded that the Russian president end the dispute diplomatically, by withdrawing Russian forces back to their base in Crimea and bringing international monitors into Ukraine.

It's the second telephone call between the two men in a week.