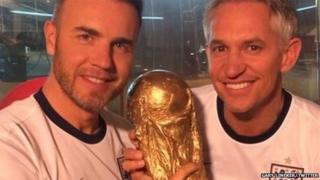 The stars of football and music have come together to record the video for the official England 2014 World Cup song - a cover of the Take That hit Greatest Day.

A number of footballers, including Peter Shilton and Michael Owen have also taken part in the song, which fans can see for the first time on Sport Relief, on 21 March.

For a good cause

All the money from record sales will go to Sport Relief.

The single won't be released until nearer the tournament in June. 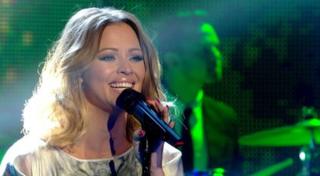 England didn't have an official song at the last World Cup in 2010 because the manager at the time - Fabio Capello banned it. He said he wanted to be "fully focused on the football". 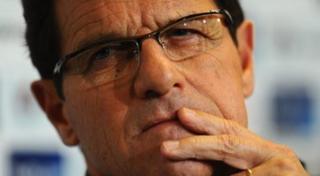