Comments: Is a tax on sugary foods a good idea? 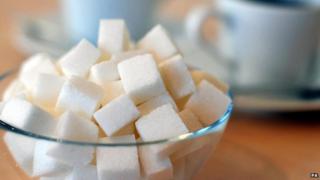 A tax on sugary food and drinks may need to be introduced to fight obesity, says the chief medical officer for England.

Professor Dame Sally Davies is the government's top medical adviser. She told MPs that they had to be tough on food and drink companies.

The food industry said it was working on cutting sugar in their products.

A sugar tax would most likely mean that sweet foods cost more to buy.

Dame Sally said: "We have a generation of children who, because they're overweight and their lack of activity, may well not live as long as my generation."

In January, a new campaign group was formed to call on food and drink companies to cut the amount of sugar in the things they make. 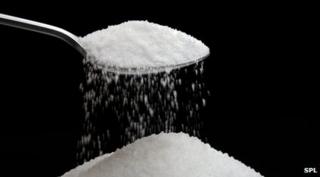 Do you think a sugar tax is a good idea for fighting obesity? Would you be happy about paying a bit more for sweet treats?

Perhaps you think there are other ways to help kids stay healthy?

Being quite athletic means I need energy, and I have to sometimes have sugary foods, but a tax would just put me off the food, and I don't have any other way to gain energy, so in my opinion, it's a bad idea.

I think it is a bad idea to eat junk food because it can cause obesity and diabetes which can kill you. Also because I eat lots of it I get sick all the time.

I think it is a good idea because there are so many overweight children, that I think may have a heart attack in the future. This will stop some children from being overweight.

I don't think it's a good idea because what about the people who aren't obese and like to spend pocket money on chocolates every now and then? If there is a sugar tax, it's just making people have to spend more money- rip off.

I think it is a very good idea because then people will not eat as many sugary things because it will be more expensive.

I think it is a good idea, they should maybe lower the price of fruit and vegetables even more but still pay the people who produce the fruit and veg the same amount if not even more. It will encourage us to think about what we are eating and also to eat more fruit and veg.

I think it is a good idea because some people won't pay that much for junk food but I think people who are obsessed will buy it no matter what.

I think it's a great idea to put a tax on all sugary foods. In order to get people to eat more fruit and vegetables, the price of healthy food should be brought down a lot so it helps to stop people from suffering from obesity and diabetes.

I don't eat a lot of sugary food, but I still think a tax isn't the right answer. It will mean that people who don't have much money can't afford treats, plus I won't be able to buy myself an occasional sugary drink!

I think it's a great idea to put a tax on all sugary foods. It will stop obesity and the prices will be too much for people to buy. It will also prevent young children from getting tooth decay at a young age.

Most of us feel that if it is really about fighting obesity then it is okay to put the tax on the sugary foods as this will hopefully stop people from buying so much of it. We also think that in order to get people to eat more fruit and vegetables, the tax on healthy food should be brought down.

I think that a sugar tax is a good idea because people should not eat too many sugary things. Sugar is not good for our bodies. It's okay to have sugary foods sometimes but you should not have too much of it.

I don't think it's the best idea because I eat junk food and so do people I know. But as long as we exercise, we don't put on weight or lack activity.