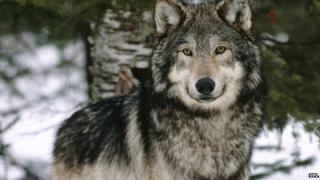 Reintroducing wild animals to parts of the UK could help restore our environment to a more natural state, a new report suggests.

Large animals like hippos, rhinos and the straight-tusk elephant all once lived in the UK but have disappeared.

"Looking at which species are missing can help us understand which natural processes are not functioning," said Dr Chris Sandom from Oxford University.

Dr Sandom, who worked on the study, continued: "We propose the process of rewilding to help restore natural processes, like predation and pollination by insects." 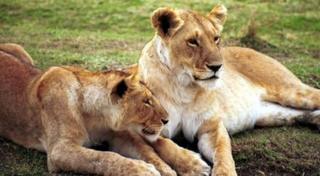 Lions used to roam the UK

Today in the UK we still have some larger herbivores but few big predators like lions.

Dr Sandom said: "In Britain today we have many medium sized herbivores like the red deer.

"In some places they're seen as a problem because they eat saplings, which prevents the regeneration of woodlands.

Rewilding has been tried before

It's an idea that has already been tried on a smaller scale - animals like beavers and sea eagles have already been reintroduced in parts of Britain.

But this study doesn't mean we'll have rhino roaming our countryside any time soon.

The scientists studied beetle remains and found there were a lot more dung beetles in Europe 120,000 years ago.

That suggests there were many more large herbivores roaming Europe before humans arrived.

After humans arrived in the UK woodland beetles were much more common, which suggests the big herbivores had gone.

The study was published in the journal Proceedings of the National Academy of Sciences.