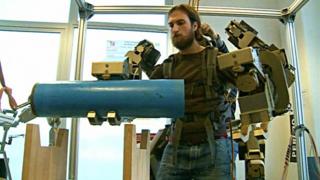 Check out this amazing robot suit developed by engineers in Italy.

The developers say the wearable robot suit can lift up to 50kg in one hand.

They reckon it's the most sophisticated robot suit built in the world.

It's called the Body Extender, and researchers believe it could be used to clear debris and rescue people in earthquake zones. 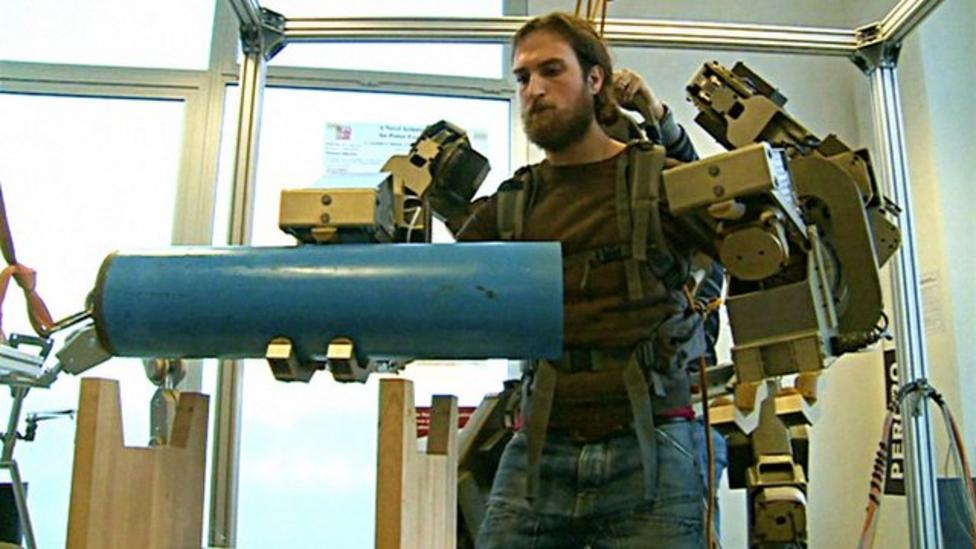