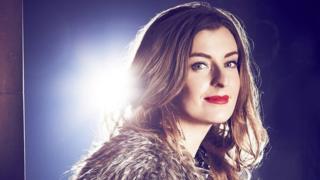 Singer and songwriter Molly Smitten-Downes will represent the UK at this year's Eurovision Song Contest.

26-year-old Molly will perform her song Children of the Universe in Copenhagen, Denmark.

She isn't well known yet but has supported Jake Bugg, Tinie Tempah, and Labrinth live on stage.

Molly said: "To represent the United Kingdom in such a huge competition, not only as a singer and performer but as a songwriter is an unbelievable honour."

Molly was spotted by the BBC's Eurovision team after submitting her songs to a project called BBC Introducing which helps discover new singers.

Read more: What is the Eurovision Song Contest?