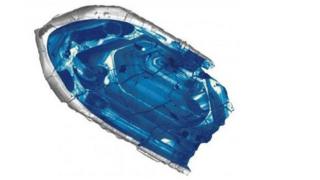 A tiny piece of crystal has been found to be the oldest piece of the Earth's crust ever discovered.

The 4.4 billion-year-old gem is twice the width of a human hair and barely visible to the eye.

It was discovered on a sheep station in the Jack Hills region of Western Australia.

Scientists from the University of Wisconsin-Madison think the discovery may explain more about the history of the Earth and how the Earth's crust formed.

The Earth's crust is a thin layer of rock that forms the outer layer of the Earth's surface.

If you think of the Earth as an apple, the crust would be it's skin.

However, the zircon crystal could prove that the crust formed earlier.

The gem is a zircon crystal, which are already known to be the oldest material formed on Earth.