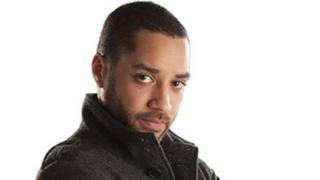 The Doctor Who team have unveiled their latest addition - actor Samuel Anderson.

He will play a companion to Clara Oswald, played by Jenna Coleman.

The eighth series will introduce Peter Capaldi as the latest Doctor.

Samuel said: "I was so excited to join Doctor Who, I wanted to jump and click my heels but I was scared I might not come down before filming started,"

"It's a quintessential part of British culture and I can't believe I'm part of it. It's an honour to be able to work alongside Peter Capaldi and Jenna Coleman and I can't wait to show people how my character becomes involved with such a fantastic duo."