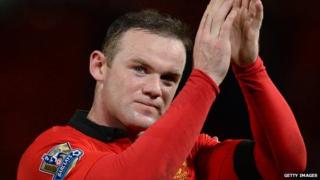 Wayne Rooney has signed a new deal with Manchester United that will make him the highest paid player in Premier League history.

People had wondered about the striker's future, after rumours he was unhappy at Old Trafford and bids from Chelsea to try and sign him.

Rooney has said: "I'm happy everything is now finalised and I can carry on concentrating on my football."