Panda diplomacy - what is it? 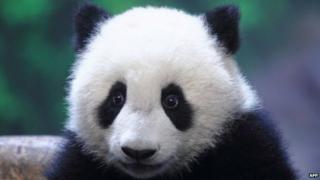 There are very mixed feelings in Belgium right now as the country welcomes two giant pandas from China.

Xing Hui and Hao Hao are a gift from the authorities in China to celebrate good relations between the two countries.

However, their arrival has caused a bit of a stir because they're set to live in a zoo in the south of the country.

Why is that controversial?

Belgian Prime Minister Elio Di Rupo is a French-speaker and he lives in the south.

He chose to let the pandas live in Pairi Daiza park, which is a zoo in the south of the country, which many people said was unfair.

The prime minister has dismissed the claims, saying the Antwerp Zoo in the north, had made no official request to house the animals. 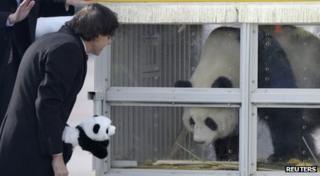 Reuters
Belgium's Prime Minister Elio Di Rupo says hello to Hao Hao, one of the pandas that arrived from China

The whole idea of pandas as gifts is known as 'panda diplomacy' and it has a long tradition in China.

Dr Paul Jepson is a conservation expert from the University of Oxford who's researched panda diplomacy. He answered some questions for us…

What is panda diplomacy?

Pandas are native to China and they're seen as a national treasure of China; all living pandas, wherever they might be, are the property of the Chinese state.

Panda diplomacy describes how the Chinese authorities let chosen governments keep pandas as a mark of respect between their countries.

Having a panda can really boost the status of a zoo, as Edinburgh Zoo has seen since Tian Tian arrived in 2011.

There aren't many zoos in the world that get to keep pandas - this is because it is up to China to decide which country gets them.

Each zoo also has to pass strict tests to be allowed a panda, and it also costs a lot of money.

Governments pay China to loan the panda; but then providing food and caring for the pandas is very expensive too. 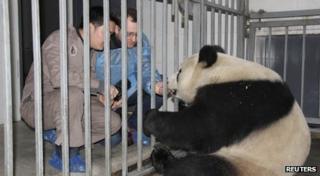 Reuters
A Belgian zoo keeper gets training on how to care for the pandas before they move.

When did it all begin?

The term 'Panda diplomacy' came about in the 1960s when China decided it should improve its international relations.

At the time there was a lot of tension between the east and the west, mainly the former Soviet Union and the USA.

The leader of China, Mao Zedong, gifted pandas to the Soviet Union, the USA and also the UK during historic state visits in the 1960s and 1970s.

In the 1980s China moved away from 'gifting pandas' to countries, and instead started to loan them out.

As international politics changed, Chinese authorities started to loan pandas to countries that they wanted to have good trade relations with.

According to Belgian news reports, the pandas heading there in 2014 are part of a trade deal for advanced pollution technology. 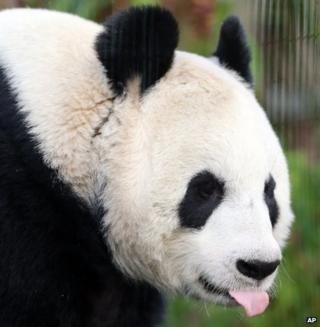 AP
More than a million people have been to see Tian Tian at Edinburgh Zoo since she arrived, along with male panda Yang Guang, in December 2011.

Do any other countries have a similar thing?

Not in the same way as China and its pandas. Over the centuries many countries have gifted exotic wildlife to other world cities as a token of friendship.

This is not so common nowadays because most exotic wildlife is bred by, and exchanged between, zoos.

What's distinct about pandas is that no one else other than the Chinese government is allowed to own one.