Guide: What is curling? 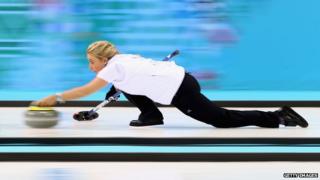 Two of Great Britain's remaining medal hopes in the Sochi Winter Olympics are the men's and women's curling teams.

Both teams are in a good place to make it through to the semi-finals and possibly a medal winning match, but there's still plenty to do.

But if all the sliding and sweeping is confusing follow this guide to become an expert. 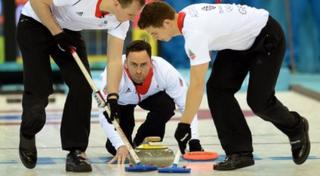 Curling is played on a 150 ft long ice sheet with a target at the end which is called the 'house'.

Two teams take turns in sliding an 18 kilo granite stone down the ice towards the house aiming to get as close to the centre as possible.

Each team slides eight stones in a round, which is called an end. There are ten ends in a game.

Why all the sweeping?

As the stone is pushed down the ice, it is slowed down by tiny ice pebbles.

Sweeping and brushing the ice, melts these pebbles so the stone will travel further.

Sweeping will also cause the stone to stay to a straighter line.

Sometimes, after knocking an opponent's stone out of the way, sweeping in front of it can make the stone travel further from the house.

How do you score points?

Points are scored by leaving stones closest to the white centre circle, or 'button', after the eight stones have been pushed.

The team with the closest stone to the button scores a point. If they have more than one stone closer to the button than the other team they will score more points. 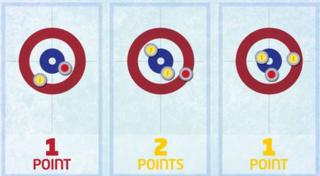 For example, Great Britain recently set a record for most points scored in an end after they finished an end with seven stones in the house without a single opposition stone nearby.

How do you win?

A curling match lasts for ten ends, and the team with the most points at the end of these ten rounds is declared the winner.

Usually only one or two points are scored per end so matches tend to be quite close. 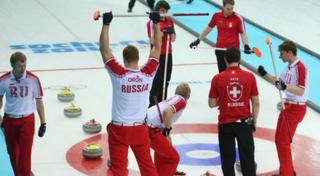