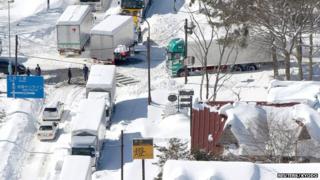 A second deadly snowstorm hit parts of Japan in east Asia at the weekend.

Thousands of drivers were trapped in a traffic jam for nearly a day.

Officials set up temporary toilets on the highway and delivered food to people who were stuck.

More than a metre of snow fell in some areas and there's more to come. At least 12 people have died. 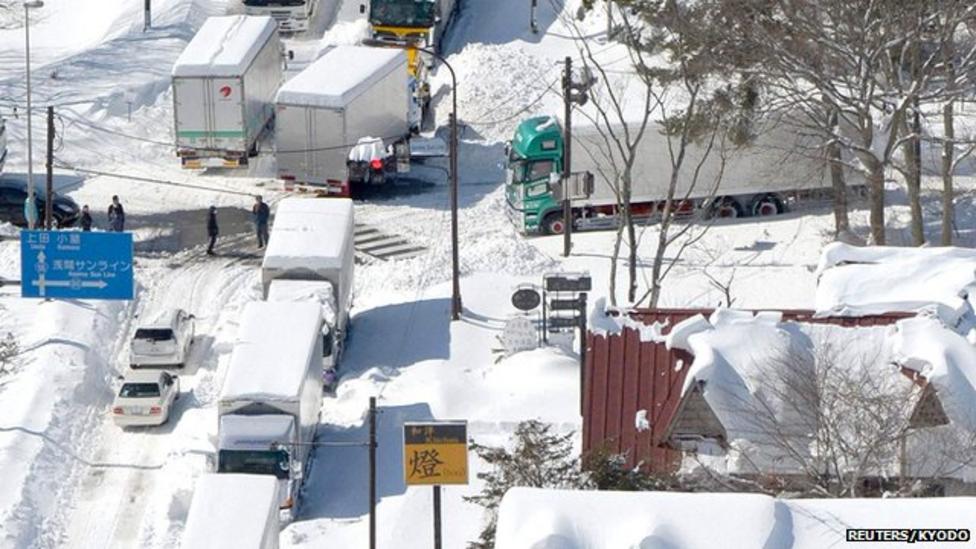