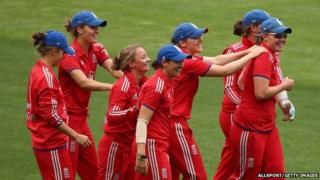 England women's cricket team is to go full-time after a major investment from the game's governing body.

This is a big step for women's sport as it's the first time a women's cricket team can afford to be full-time professionals.

The England and Wales Cricket Board (ECB) announced top players would get 'significant' pay rises.

On Twitter captain Charlotte Edwards said: "Today is a day I never thought I'd see in my time as a player!"

Head of women's cricket Clare Connor, said: "Charlotte Edwards and I had to pay for our first England blazer to go on tour to India in 1995 and now 18 years on, what a fantastic day this is for the sport."