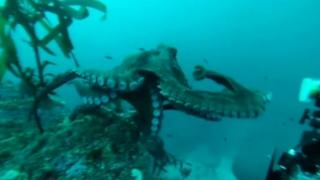 The moment an underwater cameraman got locked in a wrestle with an octopus has been caught on camera.

Warren Murray and David Malvestuto were diving off the coast of California in America, when they spotted the Octopus.

Not usually found in that area, they were surprised to see it - and even more surprised when it grabbed their camera!

Thankfully, it wasn't much of cameraman, and after a short wrestle the octopus let the equipment go. 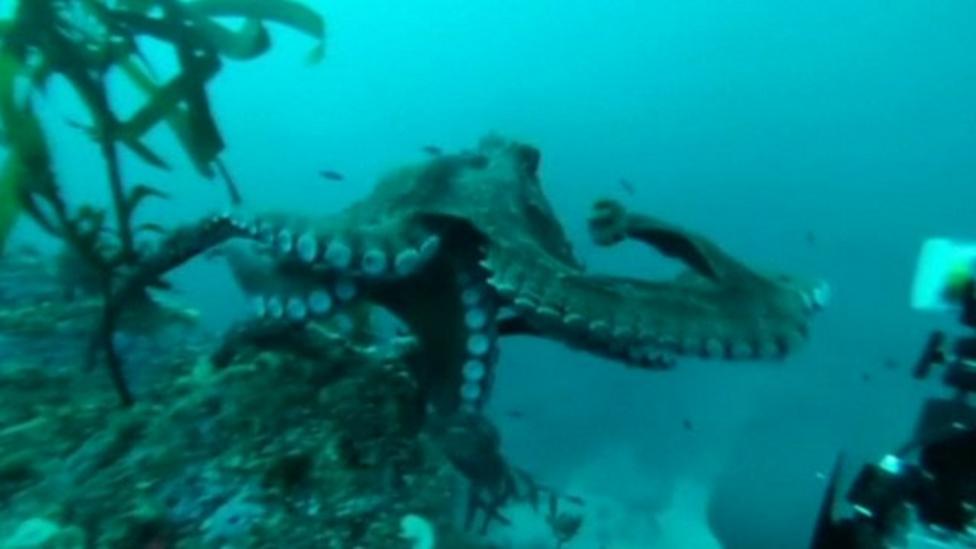