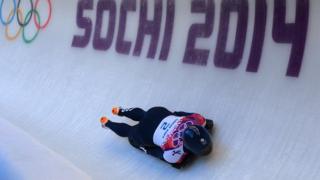 She dominated the first round of the women's skeleton and has a 'big lead' after her first two runs.

Experts says it's a big lead in the skeleton, but it's actually just under half a second! So it all could go wrong.