No more monkey business in Gibraltar 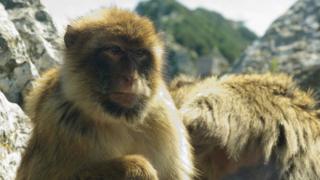 Mischievous monkeys causing trouble are being dealt with by the government in Gibraltar.

Barbary macaques have been allowed to live wild in the country for years, but the playful creatures have been causing havoc for locals.

The animals have damaged property and even attacked people, including tourists.

As part of the Macaque Management Plan a group of monkeys are being captured and exported to other countries. 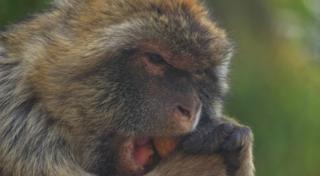 A Barbary macaque also known as a Barbary ape.

The packs first targeted to be caught are those which are pestering schools and built up areas.

Specialists have also been sent to areas of concern in order to push the animals away to their traditional hangouts to higher places.

Barbary macaques live in troops of as many as 100 members and it's thought the the monkeys in Gibraltar have lost their fear of humans.

The little apes have a place in Gibraltar's folklore - with legend saying the colony would cease to be British if they no longer lived there.

The myth was taken seriously enough by Winston Churchill for him to order the importation of extra apes to Gibraltar during WWI.

Dr John Cortes, Minister for the Environment said: "This marks the beginning of real progress in dealing with macaque numbers that have been allowed to get out of control. This is an excellent step forward that will produce the required results for our community."