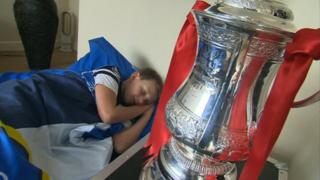 A football fan from Merseyside won a very special ornament for his bedside table... the FA Cup!

10-year-old Daniel got to spend a day with the famous trophy after entering a prize draw. 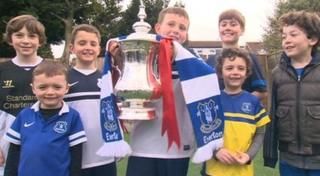 Daniel invited his friends round to see the FA Cup

The Everton fan said he he'd made the most of the cup by "lifting it and putting it on my head". 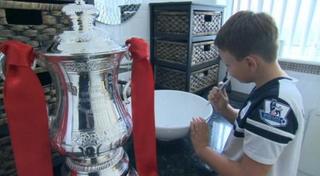 The FA Cup accompanied Daniel as he brushed his teeth

During the cup's stay with Daniel, two security guards were stationed outside the house.

The FA said it wanted to introduce "a new generation to the magic of the world's oldest domestic football competition".