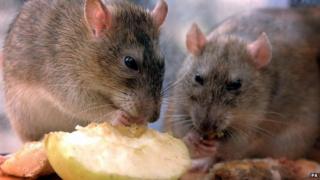 Scientists believe rats could grow into the size of sheep in the future.

Over a long time it is thought that when bigger animals become extinct rats will grow to fill the environment that they lived in.

Rats are known to be really good at changing to survive wherever they live. The way animals change over a long time is called 'evolution'.

So scientists think that rats will 'evolve' to grow bigger and bigger - growing to the size of other animals.

Dr Jan Zalasiewicz said, "Given enough time, rats could probably grow to be at least as large as the capybara, the world's largest rodent, that lives today, that can reach 80 kilos ".

He expected rats to change in different ways other than becoming larger. 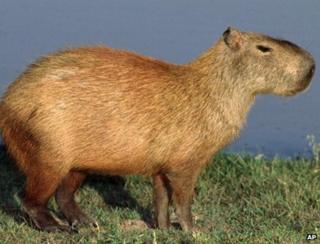 AP
The Capybara can reach up to 80 kilos in weight

The expert from the University of Leicester also said "There will be future thin rats, future fat rats, slow and heavy rats, fast and ferocious rats, probably future aquatic rats - the list goes on. Other animals will likely follow the same pattern, such as domestic cats, rabbits, goats and more."

The largest extinct rodent known, Josephoartegasia monesi, lived three million years ago, was larger than a bull and weighed over a ton. It lived in South America like its modern-day relative, the sheep-sized capybara.

It will take a long time for rats to grow bigger though - so don't worry about seeing any giant rats anytime soon.

And they won't be the first species to grow over time. It's thought that fifty million years ago a relative of the species we now know as the blue whale was the size of a wolf!