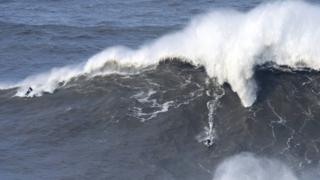 A British man thinks he may have broken the record for the biggest wave ever surfed.

Andrew Cotton rode an enormous wave at surfing hotspot Praia do Norte in Portugal on Sunday.

The wave is thought to be over 24 metres tall which could make it the highest wave ever ridden.

We won't know for sure until surf company Billabong officially measure the wave in May.

Pictures from The Hunt for the Biggest Wave - Epic TV 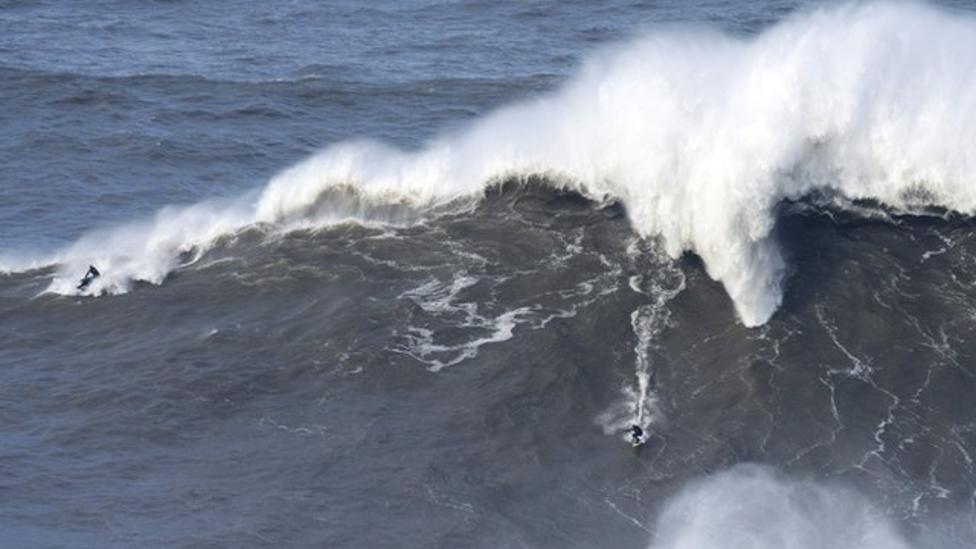