Man City and Chelsea ready for head to head 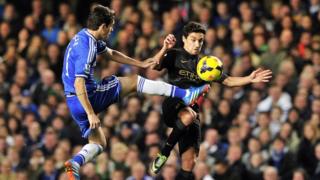 Manchester City take on Chelsea tonight in a match that could play a big part in deciding who wins the Premier League.

City are second in the league, while Chelsea are third - with both teams hot on the heels of leaders Arsenal.

It promises to be a great game, with Man City's famous attack taking on Chelsea's mean defence.

It's going to be tough for Chelsea though as City have won all 11 of their home matches in the Premier League.

Even more worrying for Chelsea boss Jose Mourinho is that City have scored an average of four goals a game at the Etihad stadium! 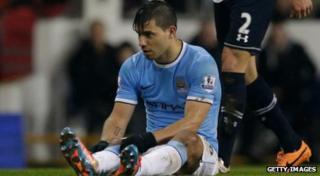 City will be without their most dangerous striker, Sergio Aguero, as he's injured.

Chelsea will have to do without star striker Fernando Torres.

If the two teams draw, it would a real boost for Arsenal in the number one spot!