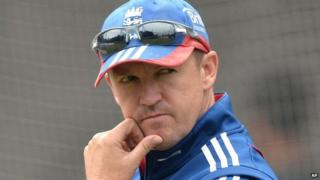 Flower was appointed in 2009 and led England to three successive Ashes series victories.

The England and Wales Cricket Board was expected to make an announcement on Flower's future next week.

But the news has leaked out earlier than planned.