Red squirrels are thriving on an island in Scotland 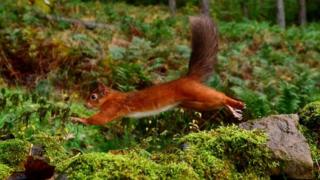 The UK's native red squirrel has long been endangered but a new report suggests they're thriving on an island in Scotland.

A team of researchers found evidence that the little critters living on the Isle of Arran are "fit and healthy" which is good news for the future of the species.

Arran is one of 19 red squirrel hotspots in Scotland, where there are no grey squirrels to threaten their habitat.

Grey squirrels were introduced to the UK from North America in the 19th century, and since then they have threatened the livelihood of the red squirrels. 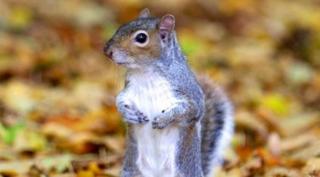 The researchers, from the University of Edinburgh's Royal School of Veterinary Studies trapped and examined 21 of the animals last summer, as well as looking at the remains of 16 red squirrels killed on the roads.

They found no sign of squirrelpox, a virus often carried by grey squirrels which is usually fatal to the red species.

Professor Anna Meredith, who worked on the survey, said: "Some populations of red squirrels have been found to have high levels of diseases, and lack of genetic diversity could also affect their health, so we're delighted to find that Arran's red squirrels are fit and healthy."