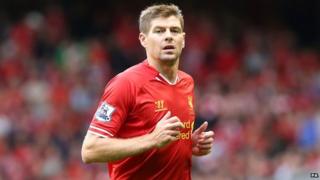 The group is working to find out who was at fault when 96 football fans died at Sheffield Wednesday's Hillsborough ground in 1989.

An original inquest concluded that the deaths were accidental but in 2012, a new inquest and police inquiry into the disaster were ordered.

Gerrard said the donation was something he had wanted to do for a while.