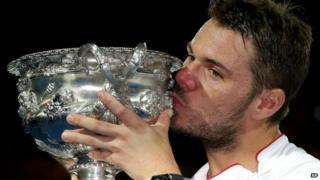 Stanislas Wawrinka has beaten Rafael Nadal in the grand final of the Australian Open. 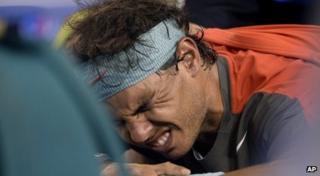 AP
Nadal needed treatment on his back during the match

He powered through and went on to win the third set - but in the end it wasn't his day.

Switzerland's Wawrinka took the trophy winning three sets to one.