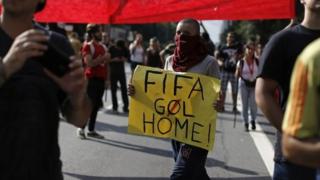 Thousands of people took to the streets in Brazil on Sunday to protest against the World Cup.

Many people think hosting the World Cup is too expensive and money should be spent on things like schools and hospitals.

The protests started peacefully but ended with some violent clashes with police.

Over 100 people were arrested. 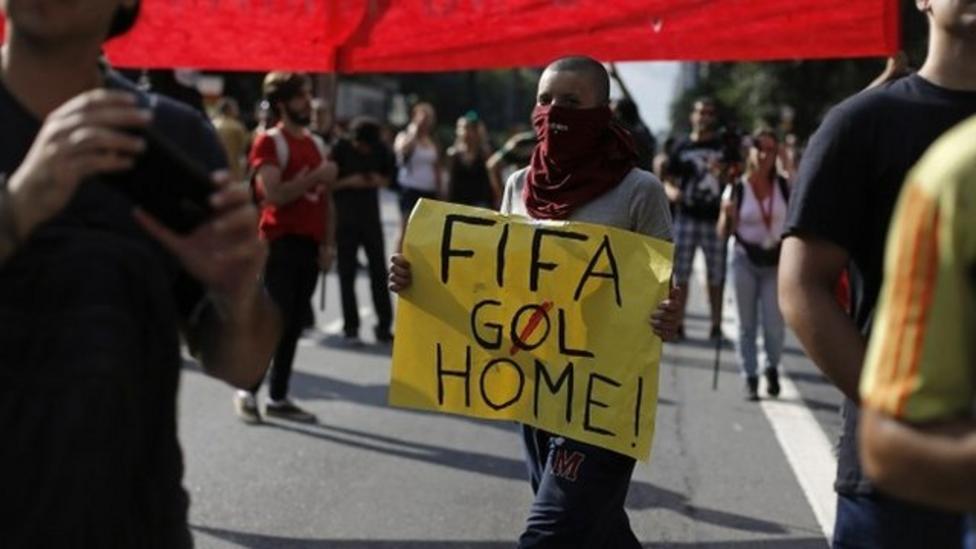