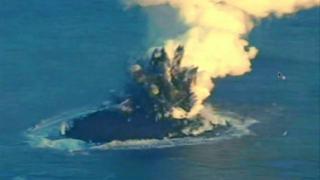 An island formed off the coast of Japan that was formed by a volcanic eruption is still growing.

The island rose from the sea in November last year and scientists expected it would get washed away by the sea.

But the island is still growing and has now overtaken nearby Nishinoshima island. 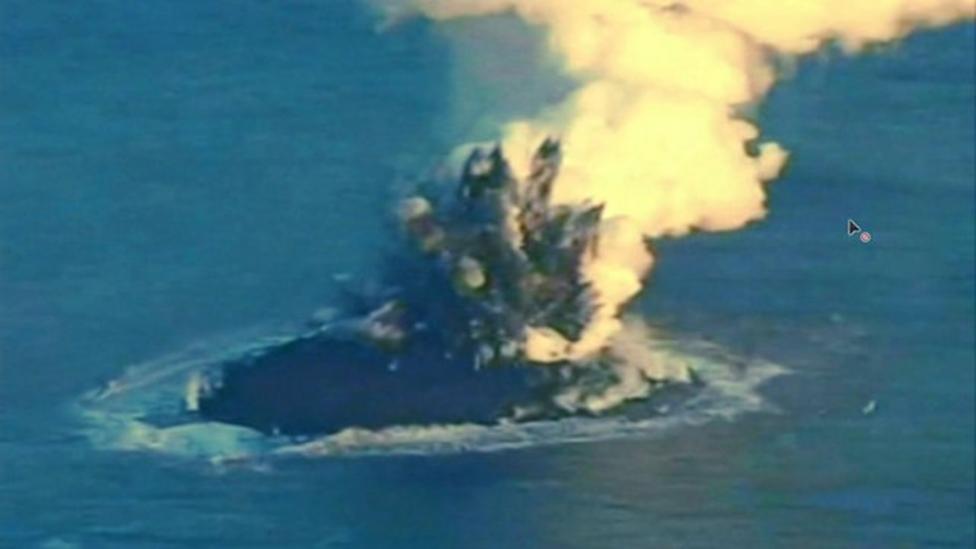