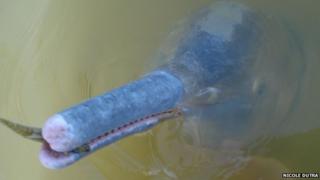 It's named the Araguaian Boto after the Araguaia river in South America where it was found.

These dolphins have long beaks which let them hunt for fish in the mud at the bottom of rivers.

The species is only the fifth known of its kind and river dolphins are among the world's rarest creatures. 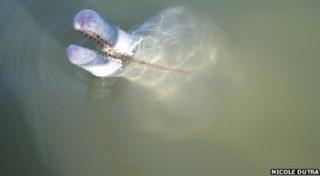 South America is also home to the Amazon river dolphin, which is thought to be the most intelligent of all the river dolphin species.

Scientists think that there are about 1,000 of the creatures living in the Araguaia river in South America.

Three of the river dolphin species are on a list of critically endangered animals.

One of the best known species, the Yangtze river dolphin or baiji, is thought to have become extinct in about 2006 and researchers are concerned about the future for the new dolphin.