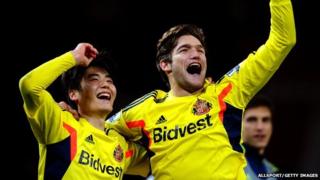 There's more misery for Manchester United after getting knocked out of the League Cup by Sunderland on penalties.

The semi-final second leg finished 2-1 to United, after both teams scored in the last couple of minutes of extra time. But the aggregate score was 3-3, taking things to penalties. 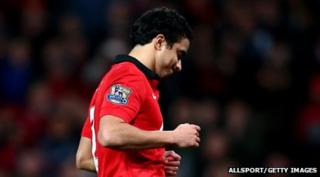 Only three out of the 10 penalties were scored in the shoot-out, which also finished 2-1 - but to Sunderland.

United's vital penalty from Rafael was saved by Vito Mannone.

Sunderland now face Manchester City in the final at Wembley on 2 March.

It will be Sunderland's first major cup final since 1992.