Djokovic knocked out of Australian Open 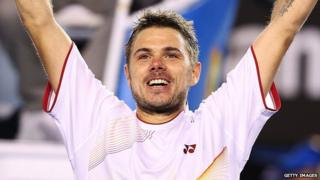 Stanislas Wawrinka has beaten Novak Djokovic and made it through to the semi-final of the Australian Open.

Djokovic had won 14 matches against Wawrinka in a row, but that run has now ended.

Wawrinka said: "It was a tough one and I was nervous. Now I will go in the ice bath for a long, long time." 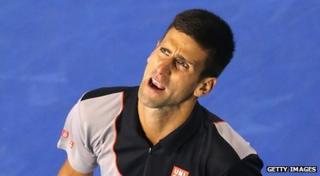 Getty Images
Djokovic is out of the competition

His next match will be against Tomas Berdych for a place in the final.