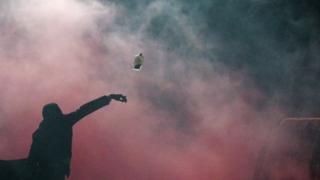 A rally in the city of Kiev, Ukraine turned violent on Sunday night.

200,000 people attended the demonstration after the government passed a law restricting public protests.

Stun grenades and flares were thrown as protesters tried to reach parliament. Their way was blocked by police and buses.

Ukraine has been divided in recent times over whether it should have closer ties with Russia, or the rest of Europe. 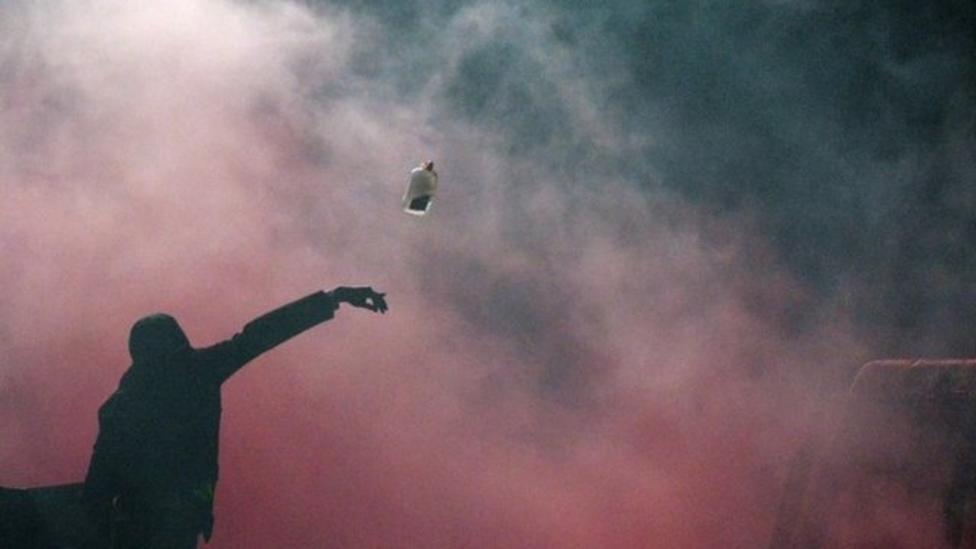