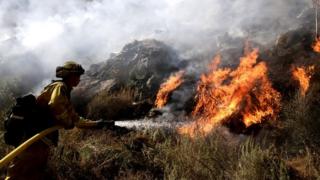 A state-wide drought has been declared in California as wildfires destroy houses and force thousands to leave their homes.

Unusually dry conditions for this time of year have been blamed for the spread of the fires.

State Governor Jerry Brown is urging people to conserve water in what could be California's driest year on record.

Three people have been arrested and are facing charges of recklessly starting a fire.

Authorities say the blaze began when the three suspects threw paper into a campfire but spread quickly because of the dryness of the land. 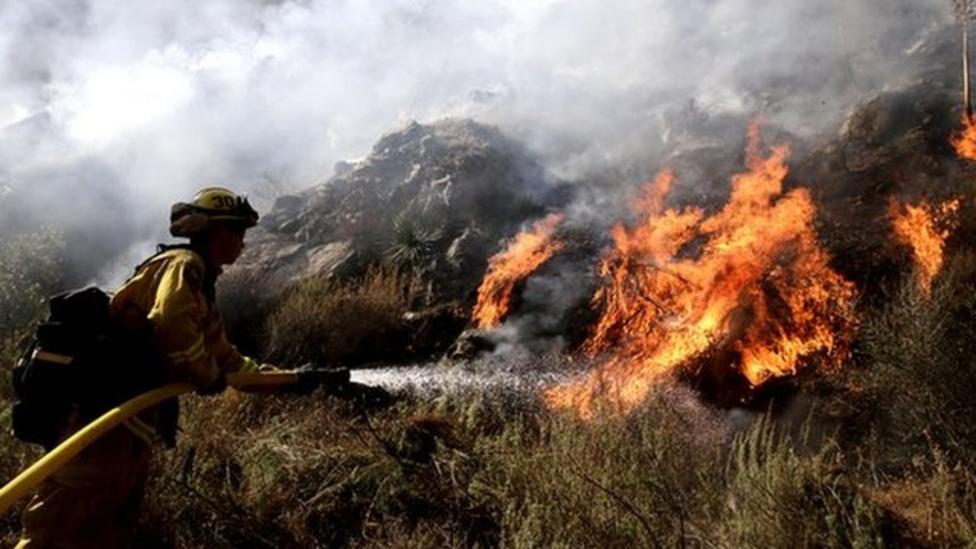