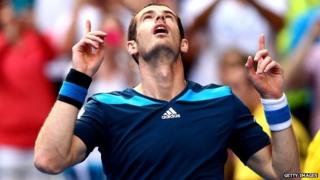 Andy Murray is through to the fourth round of the men's singles at the Australian Open.

It was Murray's second tournament since surgery on his back.

The world number four will play Stephane Robert of France next and is still on course for a quarter final showdown with Roger Federer.