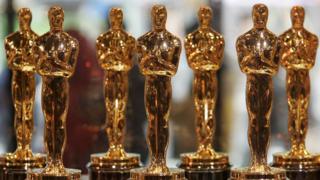 Each year, the film industry's top talent gather to recognise and award the stars who have lit up the silver screen.

Among the best known and most sought after awards are the Oscars and Baftas.

Film directors, producers, actors, technicians, musicians and animators can all be nominated and anyone can win.

Here's all you need to know about the biggest film award ceremonies in showbiz.

The Oscars are thought to be the most prestigious film awards in the world.

They're organised by the Academy of Motion Picture Arts and Sciences, which is made up of professional people in the film business.

Everyone who wins an Oscar is automatically asked to be an Academy member.

They're called the Oscars after the golden statue which is given out to the winners. No one's quite sure why the statue's called Oscar, but it's rumoured to be because one of the Academy members thought the statue looked a bit like her Uncle Oscar, and it stuck.

When: This year's were announced at a ceremony in Hollywood on 26 February. 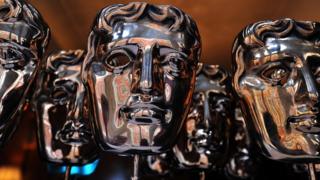 The Baftas are the biggest film awards in Britain. They're run by the British Academy of Film and Television Arts.

The Academy was formed in 1947 by a group of British film producers, it aims to develop and celebrate film, television and games.

The Academy is an independent charity and in the early 1970s, the Queen and the Duke of Edinburgh made the decision to gift royalties to the organisation.

It has around 7,500 members and holds the film awards once a year.

There are also special awards to celebrate children's television and video games.

The most prestigious award is The Fellowship. It's given for outstanding achievement in films throughout long careers: previous winners include Steven Spielberg, Sir Michael Caine and Charlie Chaplin.

When: This year's winners were announced on 12 February 2017.