Olympic Park aquatic centre to open to the public 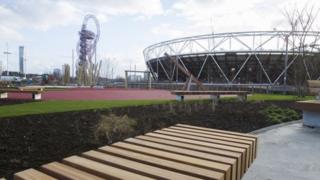 Fancy diving where Tom Daley won his bronze medal in the London Olympics?

Because soon you could do just that, as the Aquatics Centre used in the 2012 Olympics and Paralympics is to reopen for the first time since the games.

The centre on the Olympic Park in Stratford, east London, will be open from 1 March.

The London Legacy Development Corporation (LLDC) has also announced plans to reopen the southern section of the park on 5 April.

However visitors will not be able to access the Olympic Stadium until 2016.

The stadium, which will be the new home for West Ham United, is due to open in August 2016, although it will host five matches during the 2015 Rugby World Cup.

LLDC chief executive Dennis Hone said the opening of the south of the park was "a huge moment in our vision to create a new heart of east London".