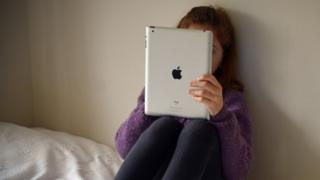 Websites that can detect online bullying have been developed by a team of tech experts.

Their computer code can scan messages being posted online and detect if common bullying words are being used.

If the website detects somebody is being mean it can ask the writer: "Are you sure you want to post this?"

The computer code was developed at the MIT Media Lab in the United States. It could be used in smartphone apps in the future.

Karthik Dinakar who was part of the team who made the computer code, said that it was his own experiences of bullying that made him want to help others.

He said ""I want this to get people to reflect on their behaviour online - what we say and how we say it matters a lot. Sometimes it makes sense to pause and ask ourselves - do I really want to send this post or email?"