Wayne Rooney calls on fans to 'get behind' United 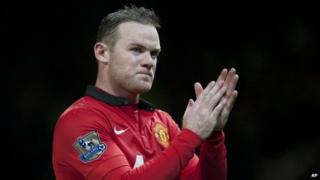 Wayne Rooney has urged Manchester United fans to get behind their team to help avoid their FOURTH loss in a row.

They face Swansea at Old Trafford on Saturday - the same team that knocked them out of the FA Cup six days ago.

Rooney said online: "The crowd can help the team's confidence massively so hopefully everyone will get behind the lads and stay with them and the manager throughout the game."

The last time United had four straight defeats was way back in 1961!

United have lost their last three games - against Sunderland, Swansea and Tottenham.

Rooney won't be playing in Saturday's Swansea game due to an injury.