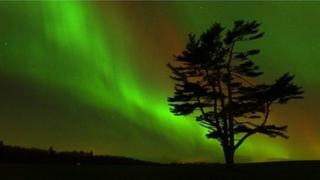 A massive solar storm means people in Britain will have their best chance in years of seeing the Northern Lights on Friday night.

Scientists monitoring activity in space say the sun spewed out a huge ejection of particles earlier in the week which means the lights could be much more visible than normal.

The Northern Lights are seen from Earth as spectacular splashes of colour in the night sky. They can even interfere with airline navigation systems, satellites and even NASA space crews. 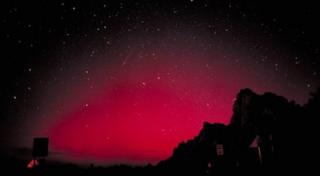 Scientists from the Space Weather Prediction Centre in Boulder, Colorado, say the solar storm could mean that displays of the lights measured on what is called the KP Index could rise from a reading of one (visible in northern Scandinavia) to a reading of seven (visible in southern Wales and parts of southern England).

As their name suggests, the lights are usually difficult to see from the South of England but experts believe people iving as far south as the Cotswolds will have one of the best chances in a long time of catching a glimpse. 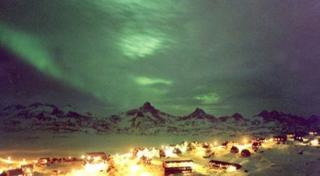 What are the Northern Lights?

Displays of the Northern Lights happen when solar particles from space break through the Earth's atmosphere. As that happens they release burning gases that produce different coloured lights (oxygen produces green and yellow; nitrogen blue). The scientific term for the lights is the aurora borealis.

They occur in a doughnut-shaped area above the magnetic pole, with the best sightings traditionally viewed within that "doughnut" and away from artificial light and moonlight.

The most spectacular displays happen in the northern parts of Nordic countries like Sweden, Norway, Finland as well as Alaska, Canada and Russia.

Click to see Leah's report from the last time they were visible in the Uk and find out more about how the Northern Lights happen?