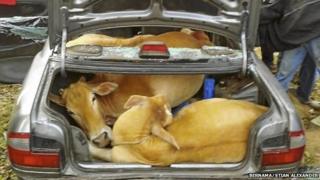 Four stolen cows have been found inside an abandoned car in Malaysia, south-east Asia.

Thieves took the farm animals in Penang and gave them medicine to make them sleepy. 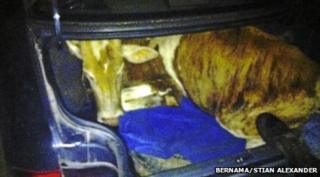 They then put them inside the back of their vehicle. The seats had been taken out.

But during the getaway, the car broke down because of the weight - and the crooks had to leave it behind. 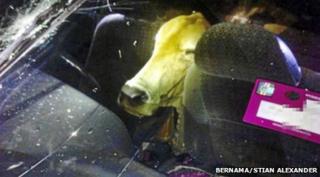 The thieves are still on the run.