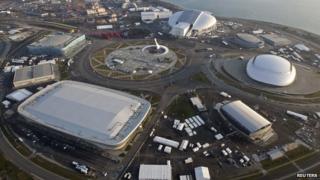 Russia has launched a huge security operation ahead of the start of the Winter Olympics in the resort of Sochi.

Thousands of police and army officers have been drafted in to help keep the winter games safe next month.

So far, no one has claimed responsibility for the attacks but security has been stepped up as a precaution.