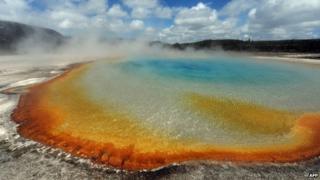 Scientists say they have made a new breakthrough in finding out what makes so-called supervolcanoes erupt.

Until now it was thought only external triggers, like earthquakes, could cause a blast.

However, new tests suggest the huge volume of liquid magma inside is enough to cause a catastrophic super-eruption.

Supervolcanoes are capable of eruptions thousands of times bigger than normal ones and scientists have been trying to better predict when they can occur.

The new tests have been carried out by the European Synchrotron Radiation Facility in Grenoble, France. 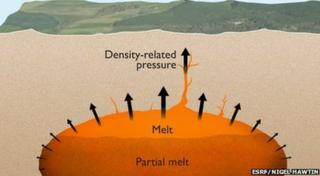 Their experiments showed that when solid magma turned to liquid magma pressure built up.

When this pressure built up too much it could crack more than 10 kilometres of Earth's crust forcing the magma out on the surface.

But if a super volcano did happen to be on the brink of an eruption we would still see a warning. The ground would probably rise up hundreds of metres.

How many supervolcanoes are there?

There are about 20 known supervolcanoes on Earth - including the one in Yellowstone National Park, Lake Toba in Indonesia, Lake Taupo in New Zealand, and the somewhat smaller Phlegraean Fields near Naples, Italy.

When a supervolcano erupted 600,000 years ago in Wyoming, in what today is Yellowstone National Park, it ejected more than 1,000 cubic km of ash and lava into the atmosphere - enough to bury a large city.

However there is no need to panic as super-eruptions occur extremely rarely - only once every 100,000 years or so.