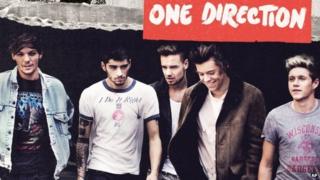 According to the Official Charts Company, the album has sold more than 685,000 copies in the five weeks since its release.

Midnight Memories is the boy band's third album and includes the hits Best Song Ever and Story of My Life.

When the album was released it debuted at number one in the chart and sold more than 237,000 copies during its first week, making it the fastest selling album of 2013.