Everton up to fourth after win 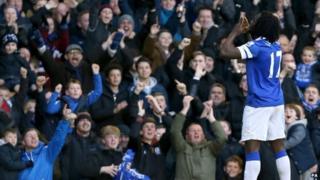 Everton have moved up to fourth in the Premier League after a 2-1 victory against Southampton.

Seamus Coleman gave Everton the lead with a fine strike into the top corner before Gaston Ramirez levelled for Southampton.

A win for Arsenal against Newcastle saw them return to the top of the league.

Liverpool dropped to fifth after losing to Chelsea and Spurs improved their Champions League hopes with a comfortable 3-0 victory over Stoke.