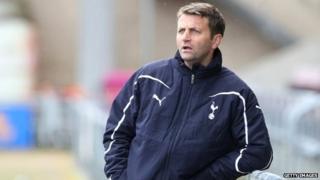 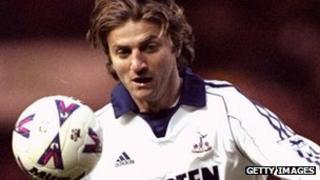 • Former midfielder who has played for Norwich, Blackburn and Spurs.

• Won the Premier League with Blackburn in 1995.

• Made more than 100 appearances for Spurs as a player.

Sherwood took charge of the team after Villas-Boas was sacked last week and led the team to a 3-2 win at Southampton on Sunday.

His contract lasts until the end of the 2014-15 Premier League season and fans will be hoping he can turn the season around.

Sherwood has no previous managerial experience and lost his first game as interim boss when West Ham knocked Spurs out of the Capital One Cup.

A number of managers had been linked with the position since Villas-Boas departed.

Former England and Spurs manager Glenn Hoddle, Guus Hiddink, Fabio Capello and Michael Laudrup were all linked to the club.

Sherwood's first game as full-time boss will be at home against West Brom on Boxing Day.