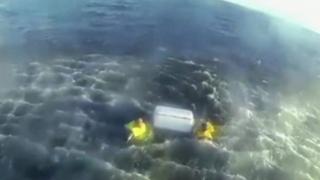 Two Australian fishermen have been rescued after spending 15 hours clinging to a cooler box in the ocean.

The men called for help and were forced to abandon their sinking boat off the coast of New South Wales in Australia.

They clung to a cooler box until a helicopter rescue team managed to locate them.

Watch the clip to see them being pulled up to safety and a helicopter crewman talking about the rescue. 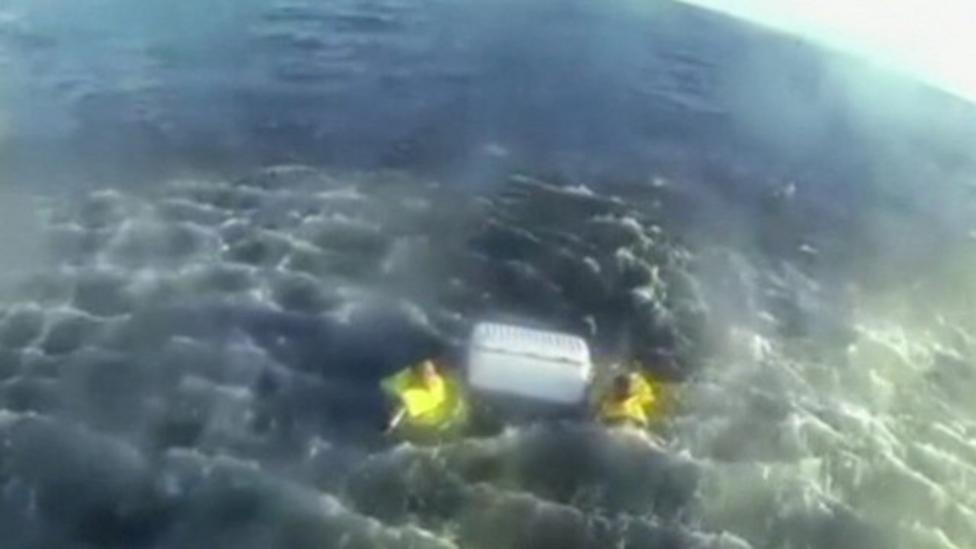