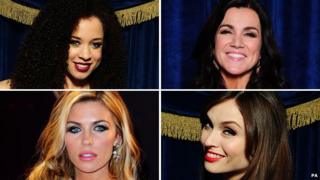 Strictly Come Dancing's all female finalists have spoken about their preparations for the final.

Abbey Clancy, Sophie Ellis-Bextor, Natalie Gumede and Susanna Reid will all perform a routine chosen by the judges and a showdance.

One couple will be voted out of the competition and the final three will go on to dance their favourite routine from the series.

The judges will comment but it will be down to viewers to decide the winner. 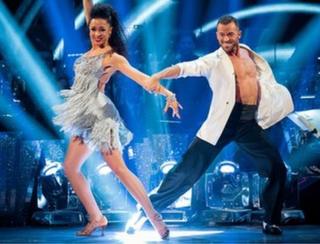 What the judges said: "Well I'm a little bit upset actually because I couldn't find much wrong with it to be honest. " - Craig Revel Horwood

Natalie Gumede says she and partner Artem Chigvintsev did not have their confidence dented by being in the semi-final dance off.

"We'd been expecting it for a few weeks and it finally happened," she said. "We were quite philosophical because it gave us a chance to dance again and do the Argentine Tango which I loved." 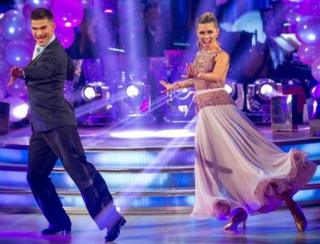 What the judges said: "Finally you are oozing confidence in the Latin. A five star routine." - Darcey Bussell

Model Abbey Clancy says she never expected to get so far in the competition. "I'm completely surprised. I've never danced before and I didn't have any expectations which makes getting to the final even more special." 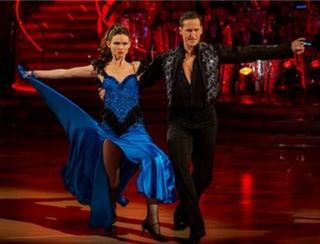 What the judges said: "You were sprinkling stardust all around the room. For me, your best performance to date." - Bruno Tonioli

Sophie Ellis-Bextor admits she is relieved that she and partner Brendan Cole have not faced a dance off throughout the series.

"I honestly don't know how I would have coped with it," she said.

But she said there had been some "testing moments" during the judging. "I have experienced that demoralising feeling of things not turning out as you'd hoped and luckily it seemed to galvanise us a bit and come out fighting." 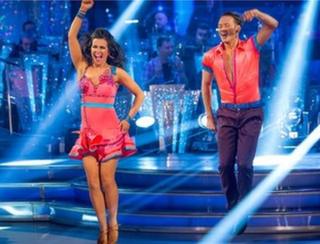 What the judges said: "It was like a buffet of Spanish tapas, full of tasty morsels right the way through." - Len Goodman

Susanna Reid says she is "excited and a bit overwhelmed" that she has made it to the final with partner Kevin Clifton.

"I can't believe we've managed to get right to the end."

The BBC Breakfast presenter is favourite to win the show with William Hill offering of 6-5 odds on her taking the glitter ball trophy.