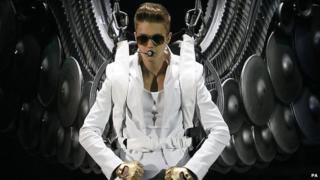 Justin Bieber has admitted on an American radio programme that he is thinking of quitting music.

Speaking to Power 106 FM in Los Angeles Justin said that would be "retiring" from music after his next album.

Bieber fans are hoping that it was all just a big joke...